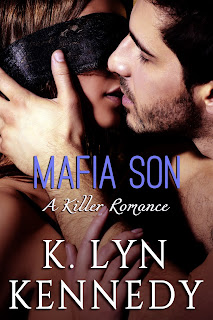 Time spent with Luci came at a price… a hefty price!

They were all part of the mafia… an old word for an old world. Operating under the radar, they had their own set of rules and they were absolute. But there was one man who thought he could use the family as pawns in his sadistic game of chess. That man was Sal Bennito. Luci, the only Italian at a boarding school for privileged white girls, was his dirty little secret, his meal ticket, and he planned to punch his card as long as he could.

Bending down, he kissed her full on the mouth in the presence of everyone. She never would have expected such a greeting from Sal Bennito, a man who had risen through the ranks of the underworld. He was monitoring the club that night, as word had gotten around that she was going to be there. She could work the pole like nobody’s business, and Sal had paid a pretty penny for her. They were all part of the mafia… an old word for an old world. But they preferred the word family. It was cozier, less threatening, and if it was a family, Sal Bennito was everybody’s daddy, whether they knew it or not.

She was young, barely of age, and Sal insisted that she live near the club. He arranged for a local boarding school to let her live in one of the dorms and attend classes with the other girls. Arranged meant that he had paid the headmistress to make an exception just for her. Sal paid a lot for what he wanted, if he wanted it bad enough.

The Stratford School was one of a new breed of preppy boarding schools that seemed to have sprouted up overnight in the Northeast region of the U.S. It was a school for girls who had just graduated from high school and were scheduled to attend an elite university, most likely in the Ivy League, following a year or two spent at the boarding school. Anyone with half a brain could figure out that there was really no need for the new schools, but someone’s pockets were being lined with big bills. Rumor was the schools were run by the mafia, but no one said as much. No one dared.

The Stratford School was a school where girls like Luciana were not exactly welcomed with open arms. Dirty Italians were what girls like Luciana were called, so Sal told the school that her name was LeAnn… LeAnn Wentworth. But to the family, LeAnn Wentworth was Luciana Giordano, and when she danced at the club and worked the pole, she was simply Luci.

Watching Luci on the pole was a turn on to the stodgiest of patrons, and as soon as Luci turned eighteen, she did more than dance for the men. But not for nothing. Time spent with Luci came at a price… a hefty price. She was Sal’s meal ticket, and he planned to punch his card as long as he could.