Pre-Order Now - Stand Up And Shout 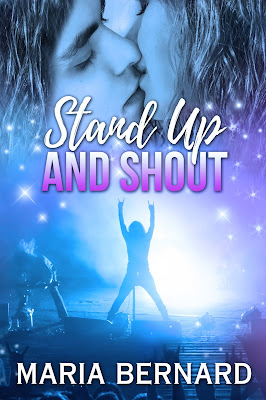 Claim your destiny, or crash and burn! 🎸

Jay Sharp is a gifted up-and-coming singer, destined for stardom. The problem is, crippling stage fright holds him back. Jay freezes every time he is in the spotlight.

Young runaway Alice Electra is living on the street. She is an amazing guitarist, busking for money. A chance discovery leads her to Jay's struggling rock band. This is her moment to shine and turn her life around. Despite opposition from hostile, doubting band members, Alice must prove her prowess.

Romance blooms between Jay and Alice and they form an unshakable bond. Now, they face a challenge greater than ever. To stay together, they must fight their demons. They have to perform in front of a massive audience at a Las Vegas music festival. This is Jay’s last chance. Failure is no longer an option.

Will Jay save his band, keep Alice off the street, and conquer his fear of the stage, or will they crash and burn? Hop on the tour bus and find out!

*Stand Up and Shout was previously released as part of the Get Rocked In Vegas Boxed Set. This is the seventh book in the Stick Shift Lips rock star romance series. While it is recommended that you read the series in order, each book including this one, can be enjoyed as a stand alone reading experience. Better yet, buy the entire set of seven books and binge read!

What are you waiting for? Go on, grab the series and get hooked!